Today’s post comes from my co-worker and friend Tara Fowler. Tara and I taught together several years ago and now we coach together. Today she bravely shares her story of finding the church she truly belongs to. I think that many of us can relate to her journey.

Wearing Sunday dresses, holding onto the wooden pew while singing, “How Great Thou Art,”  and peering up at the Jesus with blue eyes and blond hair streaming behind him in the stained glass window is how I remember going to Mass with my family as a Roman Catholic growing up in a small suburb of Orchard Park , N.Y.

As a young child I truly believed that Jesus would have blue eyes and blond hair. I asked my parents about this. I was told that, in Orchard Park, many people who moved and settled there were from Germany and parts of Holland and they have blond hair and blue eyes so naturally they would think Jesus does too because he made us in his image.

I started making a point of checking out all of the images of Jesus. I attended a Lutheran church with my family because we were invited to a friend’s baptism. I was fascinated by the fact that other churches might have a different looking Jesus – or maybe other churches were different than mine in other ways?

Much later in life while I was attending college in Bowling Green, KY, I started really questioning the Catholic doctrine when my friends and acquaintances started to ask me questions like Why do you pray to Mary? Why do you tell a priest your sins? Do you really pray to saints?  Why do you worship icons? I tried to explain and answer the questions, but I found myself wondering if I really believed all of the doctrine and traditions of the Catholic Church even though I had been raised a Catholic my entire life.

Thus began my wrestling with my beliefs. My friends in college invited me to attend their churches, so I did. I attended a Protestant service with my roommate.  Jesus had brown hair with blond highlights, brown eyes and looked angry. The pastor yelled and screamed at us about the devil and got very red faced telling us we were going to hell because we are sinners. I left halfway during the service. 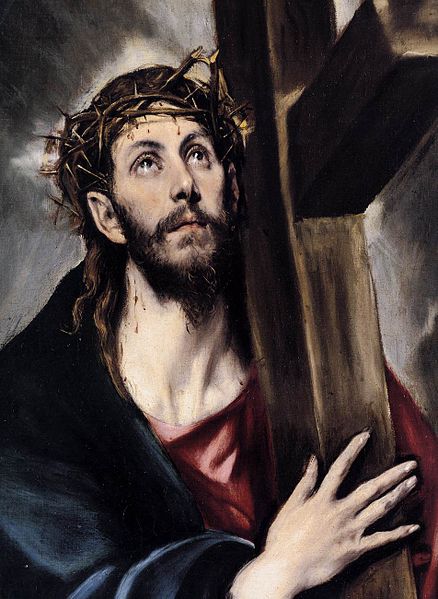 Another time I attended a service with a friend whose dad was the pastor in her quaint home town in Eastern KY.  It was quiet, and reflective, and we were instructed to take notes during his sermon. I like taking notes so I was comfortable. I enjoyed the service, but missed communion; they only received communion once a month. And I felt out of place as I realized I was the only one doing the sign of the cross after we prayed.

My wandering continued as I later attended several non-denominational churches, and a church where they spoke in tongues.  Lost, I wandered from church to church trying desperately to find where I belonged.

The question that lingered in my mind during this time was, “What church do I belong to?” I went through a period where I did not attend church at all. I was tired of trying different churches. I was tired of feeling like I didn’t belong. I prayed every night but I didn’t go to Mass, church, or Sunday school. I was not being THE good little Catholic girl my parents raised. To top it all off, I did the dreaded thing: I married a Protestant.

After we were married we went from church to church trying to find where we belonged.  We thought we found it at a Methodist Church in El Paso, TX. Jesus had a caramel brown complexion, brown eyes and hair. Our first son was born and baptized there. Though I enjoyed to the music and even sang in the praise band, I still felt disconnected somehow.

Three years later we moved to Nashville, TN, to be closer to family. We attended a Methodist church for a while. At the time my son was 3 years old.  At that age it is hard for any child to sit still in church, but even as he got older we found it more and more difficult to attend church. He would roll between the carpeted pews, make noises, and shout out whatever came to mind. We were constantly leaving the service early and I felt like I was not getting anything out of being there. Our second son was born and baptized. I tried teaching Sunday school hoping I would feel a connection, but there was none.

“Am I going to hell?” I asked my husband one day.

My husband, who had been my biggest supporter through all the wrestling and wandering, calmly said, “No I don’t think you are going to hell. We’ll find a church.”

One day, a co-worker of mine, who was also my son’s teacher, asked me what church I attended. I sighed. I told her my story. She quietly listened.

She told me then that she was raised Catholic and attended a church in town. She told me several other teachers who attended the same church. She knew of the issues we were having with my first son and suggested that the structure and consistency may help a little. She offered to meet us there at a certain time, and said if we want to try it just to let her know.

I told her I hadn’t been to a Catholic church in years. “Will I burst into flames when I enter?” I asked.

A few Sundays later,  we entered the church. I noticed the holy water as we entered. I dipped my hand in it and ritually did the sign of the cross as I had done so many times before. I saw my friend, and she smiled and waved from across the sanctuary, and we moved along the pews towards her. 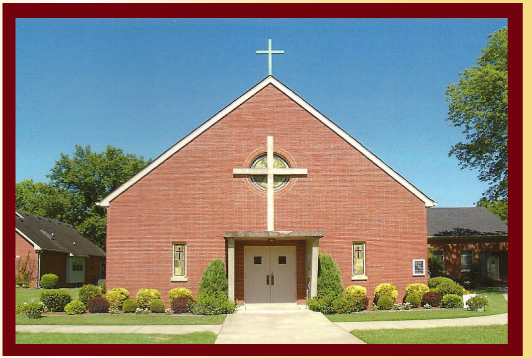 I looked around. I found Jesus. I saw him on the crucifix, and the statues of Mary and the images of the Stations of the Cross along the walls of the sanctuary. I saw the candles on the altar and remembered how I used to ask my mom for a quarter so I could light one and pray for my grandparents. I closed my eyes as the choir sang the familiar hymn Here I Am Lord and I almost thought I heard someone whisper, “Welcome home.” I felt a warmth and a sense of pure peace wash over me.  A tear slid down my face and my husband leaned over towards me and squeezed my hand.

I once was lost, but now I’m found. 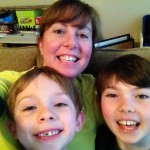 Tara Fowler is a mother of two very active boys, and will be celebrating 17 years of marriage this August. She is a ELD (English Language Development) Coach for Metro Nashville Public Schools. Tara has chosen to be Catholic, and enjoys writing about faith and family. You can read Tara’s blog here.