I called it a gazebo, but it was really more of a covered porch enclosed on two sides by fancy wooden lattice railing painted off-white. The floor wasn’t the grainy wood slabs or the rough concrete of American porches; it was covered in what looked like peel-and-stick vinyl flooring designed to look like brown bricks. Finger-long lizards like to hide in the corners of the roof, and sometimes one would slip and dangle from a beam until it got its footing again. In the center of the porch was a glass-topped table with four chairs whose backs consisted of knobby bars painted the same off-white of the gazebo walls, so when you leaned your back all the way against them, it felt a little like leaning against a bed of nails.

Despite the uncomfortable chairs, that front porch was the site of many hours of fun. When we first arrived in Bangkok, I was eleven, my brother was seven, and the few boxes of things we’d shipped from the States took four months to arrive. We had to learn to entertain ourselves without toys, TV, or books. Someone got us a soccer ball, or maybe the last people who’d lived in the house had left it, so we started playing soccer in the tiny front yard. My brother always won, even though I was older and bigger. After a sweaty match, we’d sit at that gazebo table sipping lemonade made from sugary concentrate.

Other days it was badminton, or climbing the mango tree, or dancing in the yard to Janet Jackson on the radio. No matter what the activity, that little front porch was always our resting place afterwards, our place of relief in the shade. 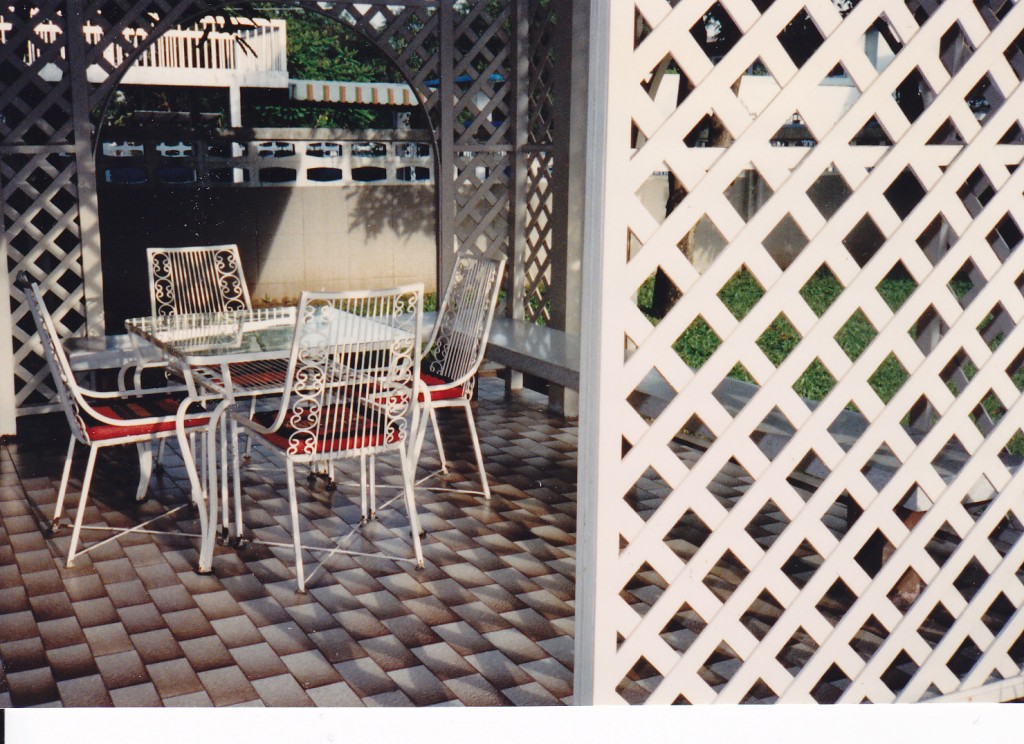 When I would have sleepovers, my friends and I would go out there to paint our nails, teenage limbs sprawled everywhere, mosquitoes hovering around our skin, girly laughter echoing into the fading daylight. We’d spread out our hands on that glass, experimenting with colors and styles until all the nail polish was almost gone. After everyone had gone home the next day, our fingerprints still stained the glass table.

I loved to sit out there during rainy season when it rained almost every day. Though the gazebo sheltered me from the sting of the downpour, the cool mist floated in and grazed my bare arms, as if to remind me that I belonged here as much as the rain did. The sheets of rain would blur the landscape, making the shards of glass on top of our wall (to keep out burglars) glimmer and the aloe plants’ branches seem less sharp and pointy. The memories of that time of my life seem blurry, too, as if the warm rain of time has rendered them slightly out of focus.

We lived in that house for only four years, but that remains the house that feels so much like home in my memory. Maybe that’s because it’s the house that watched us go through culture shock and later, cultural assimilation. It’s the house that watched my parents scribble out their language school homework and listened to my mother tell the maid what to buy at the market, the house that heard my squeals in the middle of the night when a cockroach crawled on me and kept the secrets I whispered to my best missionary kid friend when she spent the night. I sat at that dining room table trying to learn the read Thai letters, and I tacked New Kids on the Block posters to my bedroom wall. A strange house quietly became a beloved home, and a little white American girl quietly learned to exist in two cultures.

Our home there became an emotional shelter as well as a physical one. After long days of interacting with people in a second language, my parents could come home and relax into speaking their mother tongue. Every night we’d gather at the long dining room table over white rice, spicy curries, and delectable fruit. Then sometimes we’d sit in that front porch gazebo and play board games or walk down the street to buy ice cream from the neighborhood store. We hosted birthday parties, dinners with friends, and Bible studies. Our home welcomed American, Thai, Australian, British, Japanese, Korean, Filipino, and Indian friends.

In that house, I learned how to take a shower in the corner of the bathroom without any kind of shower curtain or tub, just a drain in the floor. I learned to limit the amount of time the air conditioners stayed on by using fans and screen doors and windows. I learned the call of the bird that woke me up in the mornings and the bark of the black lab across the street. I saw our clothes hung on a line to dry, and I got used to a kitchen that was part inside, part outside. I learned to ask my maid’s permission if I wanted to use the stove on the back breezeway because that was her living room. 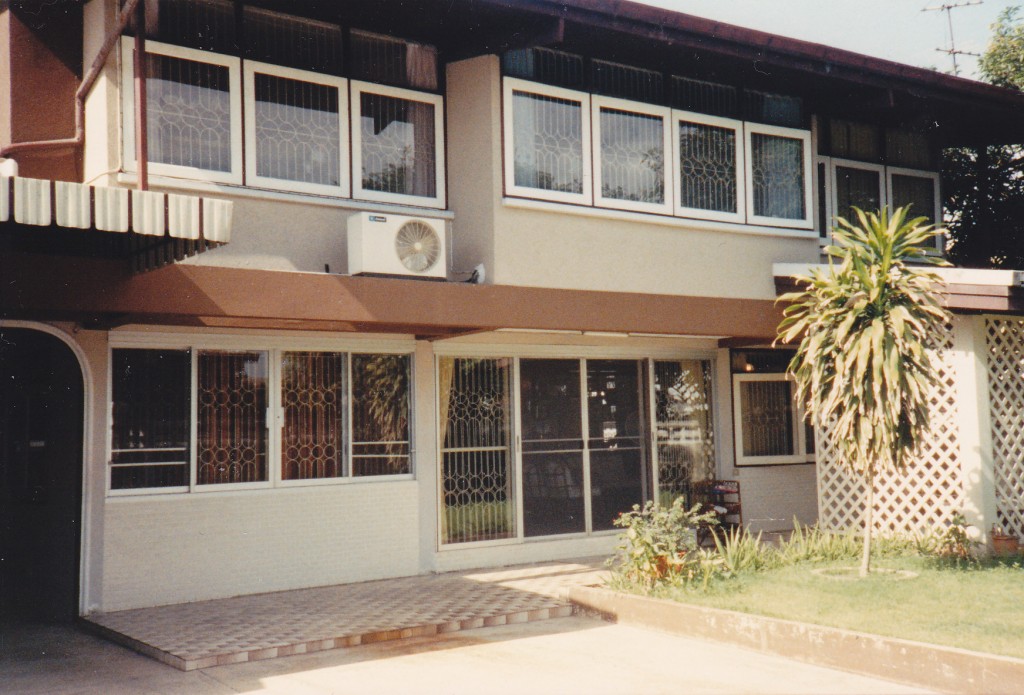 I am not sure what remnant of me is left there, but I must have left something behind, because every time I think of Thailand, I am full of lostness and longing. Whatever part of me I left behind seems to be calling for me. If I go back, though, I think I will find that she won’t want to leave. She will want to stay in all the places and moments she’s imprinted: in the mango leaves and the praise choruses sung in the living room and the wardrobe where the school uniforms hung. She will want to voice the song of the past for whoever will listen.

I wonder who lives in that old house now, and who sits in my beloved gazebo looking at the mango tree and watching the rain. The metal lattice might be rusted now, or it might have been painted over to cover up its age. Maybe my fingerprints still mark that old table, telling the story of a girl from America who made this place her home a long time ago.