So you guys know I really have no formal training in fiction writing. (My MFA focus was poetry.) But, I read a lot and I’ve been paying attention why I like or dislike novels or parts of novels. Sometimes, I think the setting keeps me from enjoying the story. 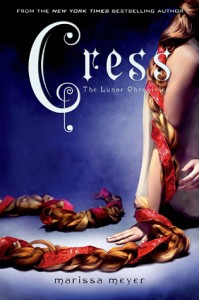 Right now I am reading Cress, the third book in the Cinder Series (YA) by Marissa Meyer. I had a hard time getting into the book at first. The narrative had action and mystery, but I still couldn’t get into the story. Yet suddenly when the characters found themselves traipsing through the Sahara Desert, I was immediately glued to the book. I realized that prior to that, the two main settings had been two spaceships. The book is set in the future, so there are lots of  high-tech satellites and flying vehicles in it, and both story lines were inside of these flying ships.

I realized that part of the previous book, Scarlet, also took place inside of an airship, and I didn’t like that book as much as I liked the first book, Cinder. As it turns out, high-tech machinery just does not make for an intriguing setting in my book (pun intended). I think there is a coldness to that type of setting, and I find myself bored with descriptions of screens and buttons and machines. Maybe I need some connection to actual places to be able to process the story better. Once the setting changed and it became a bonafide external conflict (walking through the Sahara desert counts as a conflict!), the story instantly grabbed my attention. I wanted to see if the characters would make it to their destination, and I was interested in seeing how their shared trials would bring them together. 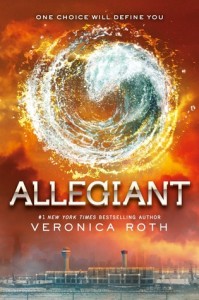 I wonder if this is one reason why I didn’t like Allegiant, the end of the Divergent trilogy by Veronica Roth, as much as I liked the first two books. Much of Allegiant took place in side of an airport that had been refitted with labs, surveillance screens, and living areas. Again, I think the sterility and technology of it all might have taken away from the story. I wanted more of the outdoors, I wanted interesting places like the ferris wheel in the first book.

The thing is that I don’t think either author is a bad writer; in fact, I think they are both good writers. I also think that since dystopian and fantasy/sci fi novels have become so popular, writers will have to figure out how to write highly technological, futuristic settings in an interesting way. I don’t know that we should give up on such settings, but I do think it is a problem that they don’t pull the reader in as much as a more earthy or human setting does.

I am very slowly working on a novel myself. I haven’t written much on it since NaNoWriMo, but since it looks like I am going to have several days off of work for snow and ice, this week feels like a good time to dig back in. At work I have been helping with our annual English proficiency assessment at high schools, so I have been face to face with teenagers all day long, and they have got me thinking about my book and my main character, Jasmine*.

Jasmine is a mixed Thai/American girl who has mostly grown up in the States but moves to Thailand with her family when she is 16. The reason they moved back has to do with a car accident that Jasmine caused. The story mostly takes place in Thailand, and I have really enjoyed developing the setting of the story. I have tried to incorporate places in Thailand that I loved, and I have even done some online research to see what those places are like today.

Jasmine and her family go to Chiang Mai (northern Thailand) and visit the famous Chiang Dao caves, she goes to a Catholic school called Holy Redeemer that is modeled after the international school I went to (the church on campus was actually Holy Redeemer Church!), she and her friends spend a day at DreamWorld, an actual amusement park there, and she even goes on a date to a little enclosed zoo on top of a mall. Bangkok is famous for putting crazy things on the top floors and roofs of malls – pools, water parks, mini amusement parks. I honestly don’t think a zoo on top of a building is out of the question, though I never actually saw one.

None of my settings are very technological, but I still want to ask myself if my settings add to the story or detract from it. The premise of my book is that Jasmine is a teenage girl caught between two countries, two languages, two cultures, and two religions. So the setting does need to be incorporated into the story, but I find myself wondering if I’ve focused too much on the settings and too little on the narrative.

Great thoughts for me as I get back to work on this project!

Tell about the settings of your favorite books! What makes them work?

*Name subject to change. At first it was Emily, but I decided that name is too common. But Jasmine is also a pretty common name for mixed Thai kids.