So this What I’m Into Post encompasses a few months, not just March! 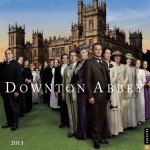 Downton Abbey – My mom had been talking about Downton Abbey forever, so a while back I finally watched all the previous seasons on Netflix and I was ready for the new season in January! What a fantastic season it was! I think Carson is my favorite character. Although I am actually liking Violet Crawley more and more . . . still crotchety, but compassionate and full of secrets! Unfortunately now I have to wait almost a year for the next (and final) season. Sigh. 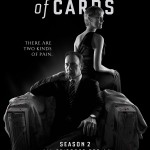 House of Cards – I’ve watched the entire third season. I am really intrigued by Frank and Claire’s relationship.  Although they act like they’re in a partnership, Frank has always put himself and his aspirations first. And Claire has always supported him dutifully. I won’t spoil the end of the season, but I was glad to see Claire finally stand up and declare that she is important, too. I can’t help but make connections to the larger society here. I might eventually write about HOC, relationships, and feminism. But I’m still chewing on it right now. 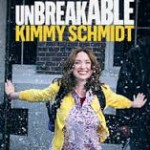 Unbreakable Kimmy Schmidt – This is a funny new comedy produced by Tina Fey that is available on Netflix. I’ve already watched the entire season of this, too. The premise is a girl who was kidnapped by a cult leader and kept in a bunker for 15 years is now trying to make it in NYC. Kimmy’s clumsy entrance into 2015 America make for a ton of laughs, and her dogged determinism make her super lovable. Though I like the show, I do think there is a sadder and more dangerous side to cults. Writer Elizabeth Esther talks about the what the sitcom gets right and wrong in her article I’m Kimmy Schmidt, Minus the “Unbreakable.” 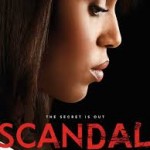 Scandal – Once I’d finished Gilmore Girls, House of Cards, and Kimmy Schmidt, I was looking for another Netflix show to binge on and I decided to try Scandal. I am hooked!! I am only on Season 2 and have no idea what’s going on in the current season, so don’t spoil it for me. But I am really enjoying Olivia Pope and her team. 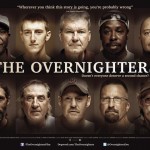 The Overnighters – I watched this documentary (on Netflix) at the recommendation of D.L. Mayfield. It’s about the oil boom in North Dakota and how a pastor lets oil workers who have nowhere to go at night sleep in his church. As time goes on, the pastor finds himself in a difficult position as both his congregation and the City Council have concerns about the church hosting the overnighters. It was hard to see Pastor Jay wrestle with trying to please his town and church and also trying to show the compassion of Christ to the oil workers. One of the most poignant moments in the film is when one guy sits down face to face with Pastor Jay and basically confesses all of his sins. And Pastor Jay says, “We’re more alike than you think,” and leans over and hugs the guy. At the end, you find out that Pastor Jay has a secret of his own. But to me, it doesn’t negate any of the good he did for the guys sleeping on the floors of his church. Really powerful film. 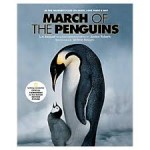 March of the Penguins – I know, I’m 10 years late on this one. I found this film so intriguing and beautiful. I actually saw a lot of metaphors for human life in the penguin lives. Watching a penguin mama try to revive her dead chick was heart-wrenching. After watching the film, I wrote a series of 7 prose poems about penguins. And humans. And love, and death, and marriage, and parents, and loss, and hope. I’m really excited about these poems and hope they find a home soon. 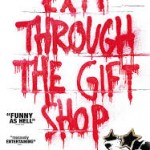 Exit Through the Gift Shop – So, I was on my umpteenth snow day home from school at this point and was browsing Netflix for documentaries. I’ve been thinking a lot about art and what it means to be an artist lately, so I watched this film. It is basically about graffiti artists, including the famous (and anonymous) Banksy. No, his face is never actually shown in the film. What happened was a guy set out to make a film about Banksy. But he ended up making a film about himself. He got really interested in graffiti art and coined the name Mr. Brainwash for himself. The thing is, Mr. Brainwash has ideas about the art, but he is not actually an artist himself. He can’t draw at all. He has a team of artists and graphic designers and he tells them what he wants, and they do it. And honestly, it’s pretty similar to the type of art Bansky does. And this guy has pulled it off!!! This film was such a fascinating take on what it means to be an artist. Even Bansky himself (if it was him) at the end said, “Well, yeah, I used to say that everybody should make art all time. But now? I don’t know.” 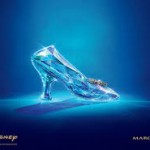 Cinderella – Madeleine turned 10 a few weeks ago, and she had 3 friends sleepover, so the next day we took all the kids to see Cinderella. Great movie. There was a beautiful line at the end, and I won’t remember it right, but it was something about being able to face – and show – your true self. 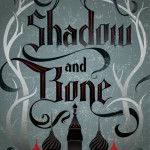 The Grisha Trilogy by Leigh Bardugo. I actually got to hear Leigh Bardugo speak at YALL FEST in 2013. She was smart and sassy. One of the things she said that I remember is “There is no expiration date on your talent.” Brilliant, right? Also, I think she was the author who talked about how you can get away with addressing social issues more in fantasy books without offending people. The Grisha Trilogy is about an orphan named Alina who finds out she has a secret power. When people find out about the power, she suddenly turns into a folk saint, beloved by the people. Yet it is a hard burden to bear, and the thirst for power inside of her is even harder to deal with. These books had fantasy, magic, adventure, heartbreak, and love. But they also had some really great lessons on what kind of life we choose to lead, how power changes people, and that nobody is wholly good or wholly evil; we’re all a mixture of both. 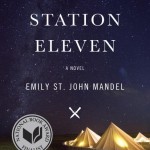 A Cold Legacy  by Megan Shepherd – This is the third in The Madman’s Daughter trilogy. Each book in this series is loosely based on a spooky classic: The Island of Dr. Moreau, Dr. Jekyll and Mr. Hyde, and Frankenstein. It’s a really interesting and adventurous – and sometimes dark – series. I read the first two books last summer and I picked this one up at my library a couple of weeks ago. Since part of this book was about making live creatures from dead creatures, part of this was a little gory for me. But the main character, Juliet, found the possibility of creating life, bringing the dead back to life, and living forever really exciting. Juliet has to face the cost of doing these things, though, and she also has to face her greatest fear: herself. Another good theme about deciding who you are going to be and how you will use your strengths.

All four of us took a trip to Chattanooga (Tennessee) last week. It was Ephraim’s second grade trip. The first day we went to the Aquarium and IMAX theater. The next day we went on a really cool train ride and on the way home, we stopped to hike up to a place called Stone Door. It is like this narrow set of stone steps between two big cliffs. 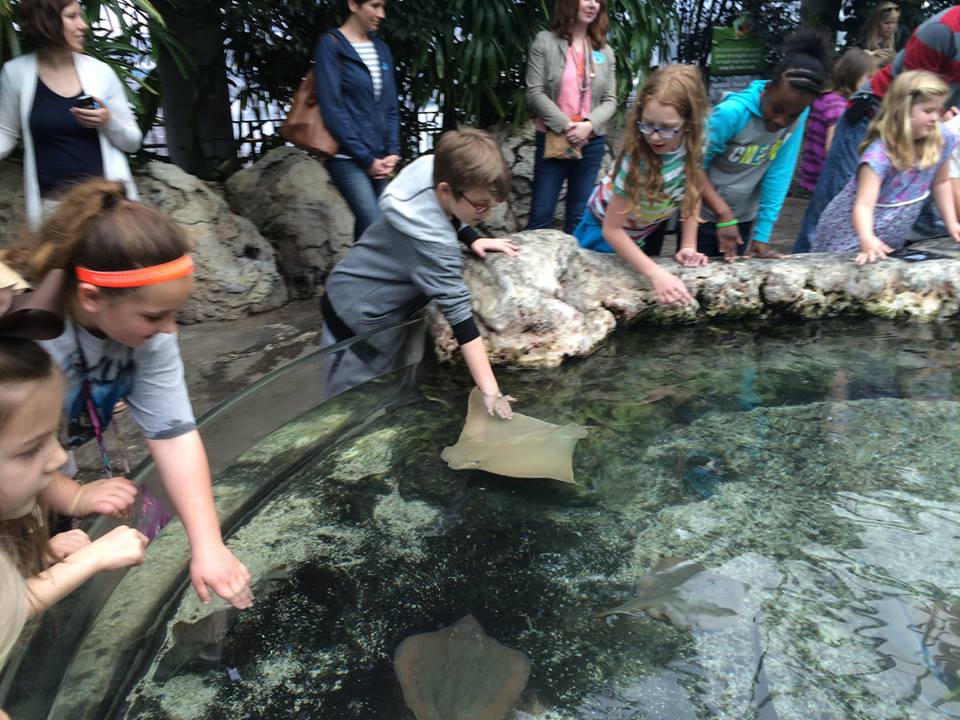 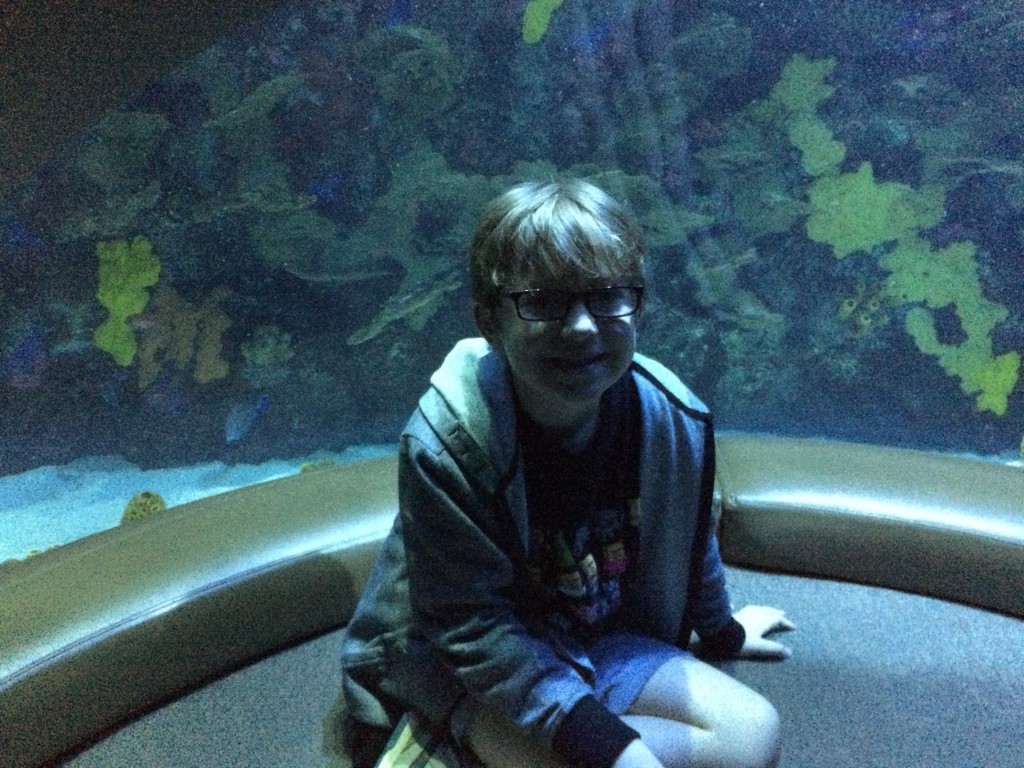 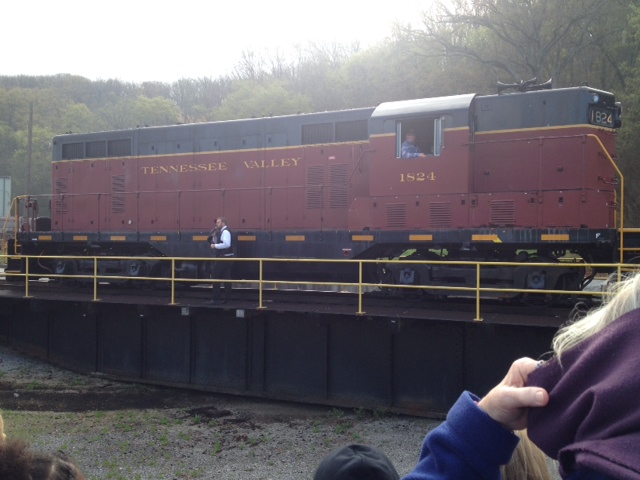 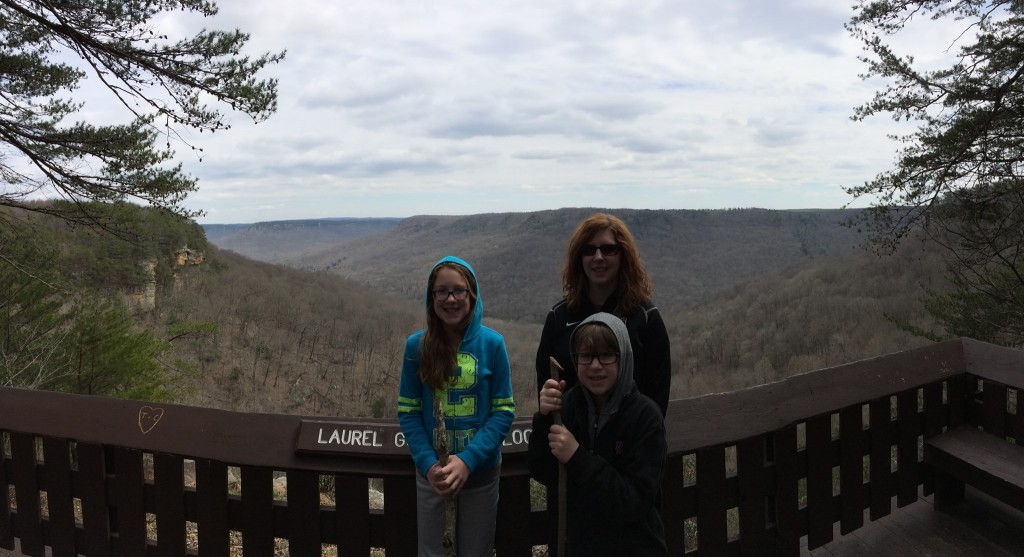 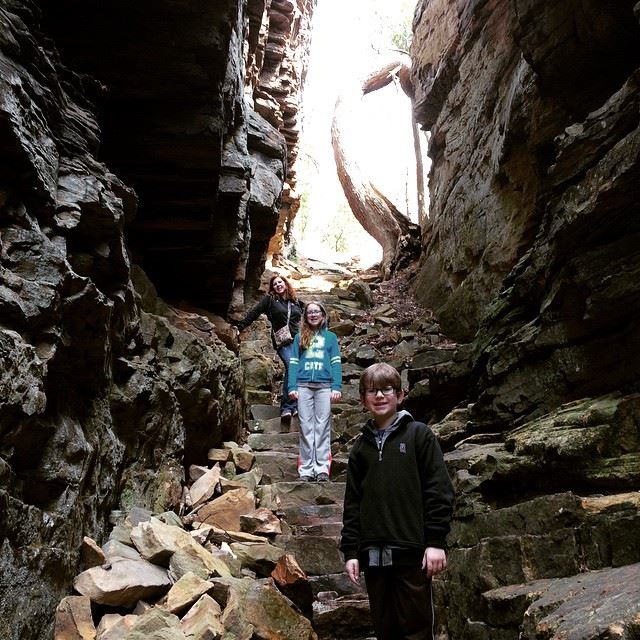 I found out that I got accepted to a Collegeville Institute writing workshop this summer! The institute is “a place of scholarship, worship, dialogue, and community immersed in the Benedictine rhythm of work and prayer.” I heard about it from two bloggers I follow – Amy Peterson and D.L. Mayfield, who I believe went last year. This is an all-expenses paid workshop, and only 12 people got selected for the workshop I applied for – A Week of Poetry, Prose, and Prayer. I am excited and also nervous. I have been a bit removed from faith writing lately, so I hope I fit in there, but I am really looking forward to being a part of a creative community that can give me feedback on my writing again.

I also have a couple of poetry updates. I signed the contract for my chapbook, Evening Body, compiled all the stuff the publisher needed, and mailed everything off to them last week! Woot! I’ll keep you updated on the publishing timeline. No dates to share yet.

In addition, I have begun to work on a full-length collection of poems (a chapbook is a small collection, about 24 poems; a full-length is twice that or more). This is the project I pitched when I applied to the Collegeville thing, describing the poems as evidence of my deep faith wrestling, “a testament to getting lost, to letting go of beliefs, to questioning certainty.” Since then I have expanded my idea to simply be about lostness. The collection is tentatively titled “Map for the Lost.” I want to tie the concept of maps and lostness into all types of wanderings and questionings in life. I might be able to include the penguin poems in this, too.

This month I had an essay published at Rock & Sling blog. Think Thomas Lux poems, church people, and bar people. I tell the story of how the bar scene saved my friend’s life. Read it here.

My poet friend, Brianna Pike, is participating in a project called the 30/30 Project by Tupelo Press, where she is going to write 30 poems in 30 days. Think of it as a poetry marathon, designed both to create new poetry and to support a nonprofit press. Brianna is trying to raise $350 and has some special rewards for anyone willing to contribute either $15 or $30. Get more info here.

I really, really enjoyed this post by Science Mike this week: Axioms About Faith. He looks at major Christian dogma from a doubter’s perspective.

I also came across this great article about writing about faith in YA literature.

Also, this was a lovely reflection on what one woman learned from Madeleine L’Engle’s books.

What were YOU into this month???