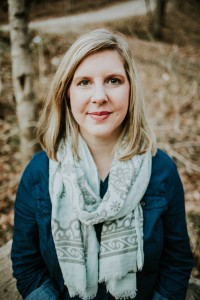 Karissa Knox Sorrell is a poet, writer, and educator. She is the author of the poetry chapbook Evening Body (Finishing Line Press, 2016). She’s also a contributing essayist to the anthology Soul Bare (InterVarsity Press, 2016). Her poems and essays can be seen in a variety of literary journals, including Cumberland River Review, Whale Road Review, San Pedro River Review, St. Katherine Review, Relief Journal, and Gravel Mag. Two of Karissa’s poems have been nominated for a Pushcart Prize. Her YA novel, Ashes, is represented by literary agent Nicole Payne of Golden Wheat Literary Agency. Karissa also writes regularly for Book Riot. She earned her MFA in Creative Writing from Murray State University in 2010.

Karissa has twenty years of experience in both public and private education. She’s taught both elementary and high school ESL and spent and spent five years as an ESL Instructional Coach. Karissa currently teaches high school English at a private Episcopal school. She earned her Master of Education with a focus on Teaching English to Non-English Language Background Learners from Tennessee State University in 2003.

She was raised as a preacher’s kid and missionary kid and partially grew up in Bangkok, Thailand. In her twenties, she took a journey from evangelical Protestantism to Eastern Orthodoxy. As of late, she has had more doubts and questions than certainty about faith. She continues to challenge tradition, seek truth, and make peace with her changing beliefs.

After living in Nashville, Tennessee, for 22 years, Karissa and her family of four recently moved to Lafayette, Louisiana.