Well, I didn’t cry. Steven thought I would cry. I thought I would cry. But I didn’t. It’s because I didn’t take the time. I didn’t meander through each room of my old house, our first house, the home I brought both my babies home to. I was so busy getting everything moved out of it and into the new place, I never stopped to really say goodbye.

That house holds the story of six of the almost ten years we’ve been married. We moved into the 1200 square foot, 3 bed, 2 bath home in April of 2004 after four years of apartment life. We had just gotten our first dog; I was about 8 weeks pregnant. We were basking in the joy of our new home on a quiet cul-de-sac that backed up to gorgeous woods.

Two weeks later, I found out the baby had no heartbeat. Our emotional high was over. I had a D & C and we were down for a little while. Then a few months later, I found out I was pregnant again. We brought Madeleine home in March of 2005 to a flower garden themed room that Steven had painted himself. Our “catch all” room had become our daughter’s room.

The third bedroom was an office, mostly Steven’s. My space was in our “breakfast nook”, which we didn’t use as a breakfast nook because we only had one table and already had a nice dining area. The breakfast nook had a bay window looking out to the backyard, and my desk was right by the window. I spent many hours at that desk writing.

In 2007, Ephraim came along and got the third, space/star-themed bedroom. (Again, Steven painted it.) Steven and I combined our “offices”. My breakfast nook got filled with bookcases. My house got filled with toys. My trash got filled with diapers. Dust began stacking up; baseboards didn’t get cleaned. It was all we could do to get the basic cleaning – sweeping, mopping, bathrooms, laundry, general pick-up – done.

Yet in the midst of that cluttered house, we had a home. We had a family. I rocked babies. I sang lullabies. I watched my children learn to walk and talk. We baked cookies. We had picnics in the yard. We played in the snow. I wrote poems. I tried to pray. I held my children up to kiss their icons on the wall. I played St. Nicholas on Dec 6 and then played him again on Dec 25. I yelled, I scolded, I spanked, I set the timer for countless 2-minute time outs. I cried.

In the end, it’s okay that I didn’t say goodbye. If I had, I know I most certainly would have cried. The memories are with me and always will be. Our little home on Rolling Meadow Drive gave us a place to have those memories, was a witness to all the smiles and tears and prayers that make a family. I guess what’s left is a thank you – to a little place that lent itself to us for a few years, to the trees that never ceased to dazzle me and always inspired me to write, to the gorgeous yard that was a place of wonder and joy for my children. 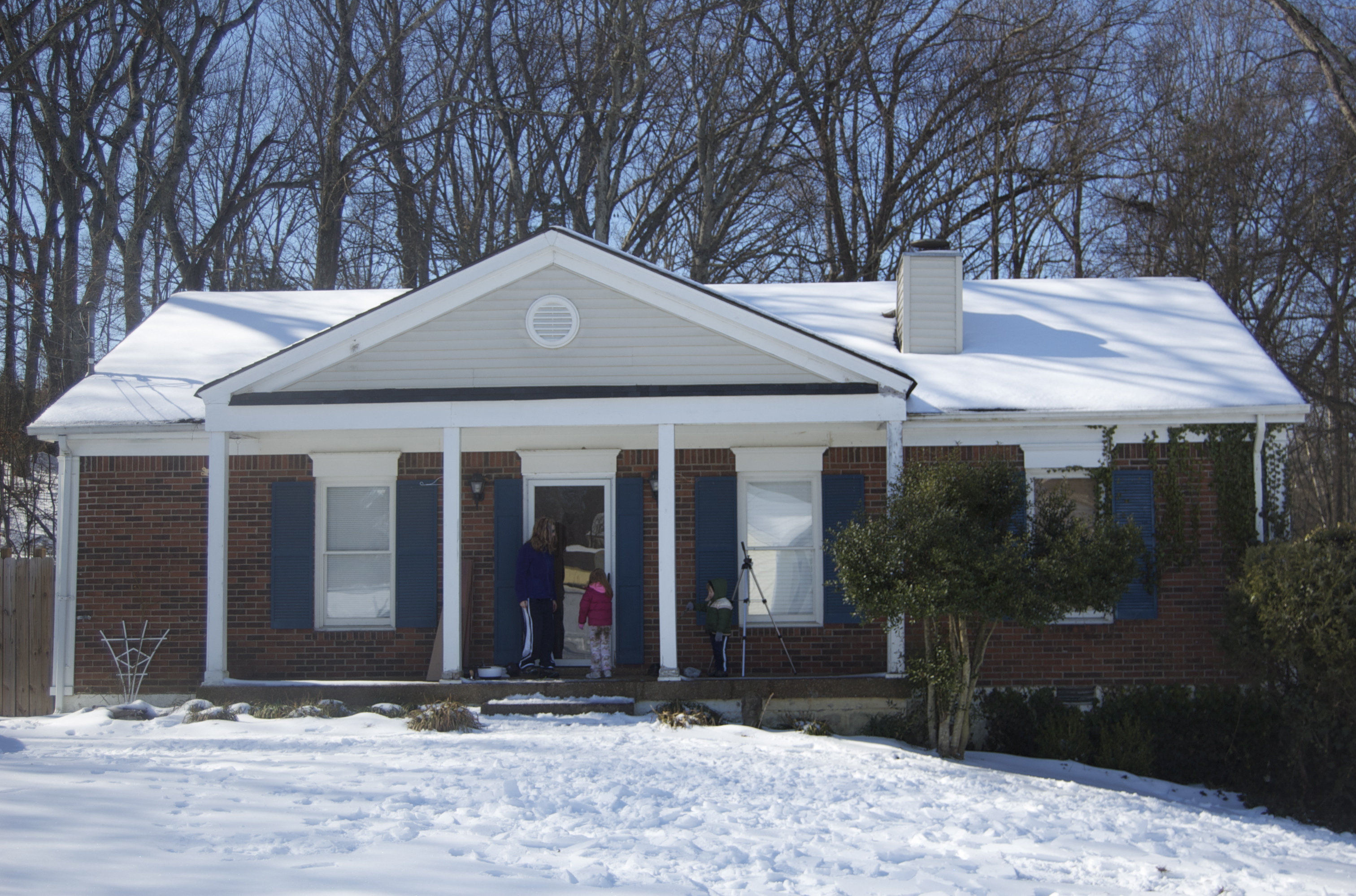