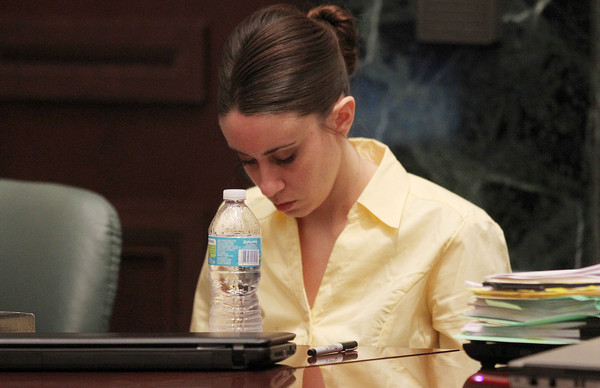 We’d seen the photos of her partying while her child was missing. We’d heard about the web of lies she’d spun. We all thought Casey Anthony was guilty of murdering her little girl.

But yesterday the bombshell dropped: Not guilty.

Isn’t it interesting that our courts use the verbage “not guilty” instead of  “innocent?” Innocence connotes childlikeness, an untainted state. I don’t think anyone in the nation thinks of Casey Anthony as an innocent person in general.

Do I think she did it? Probably.

However, in the United States you are presumed innocent until proven guilty. And if guilt is not proven, if evidence is not there, you remain innocent.

The problem with this case is that there is basically no direct evidence. No one saw Caylee get murdered. (Or if they did, they are keeping quiet about it.) So that leaves us with a bunch of circumstantial evidence, or indirect evidence, which often is not enough to convince the jury beyond reasonable doubt. Even if the jury members personally believe she is guilty, they have to decide whether or not the evidence proves it. I guess in this case, the evidence was not strong enough to leave them without lingering doubt.

I have heard it said that the media was the “13th juror” in this case. I actually agree. I’ve watched Nancy Grace chew on all different aspects of this case. It’s been on CNN, MSNBC, and the local networks. They allowed a camera in the courtroom, letting the entire nation watch this reality-freak-show.

One woman told reporters she’d spent $3,000 on hotels and food and waited in line for a total of 100 hours to get tickets to be a courtroom observer 15 times. “True crime has become a unique genre of entertainment,” Wilkie said. “Her stories are so extreme and fantastic, it’s hard to believe they’re true, but that’s what engrosses people. This case has sex, lies and videotapes — just like on reality TV.”

It’s a shame that our nation has come to this – to treating criminal cases like entertainment. (Seems like we’re not to far from putting on survive-or-die shows like the fictional Hunger Games in the like-named book.) And the media is partly to blame. But American culture is changing. We live in a nation where people murder little girls. We live in a nation where people are drawn to the sensational and have forgotten the spiritual, the familial, the quiet joys of a well-lived life. God help us.