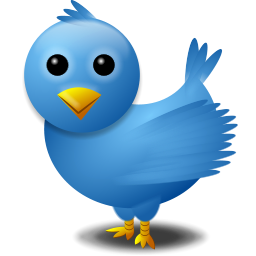 So I joined Twitter a month ago. And I’m already Twitter-tired.

I tried to do it right. I followed Nina Badzin’s Twitter tips. I put people on lists. I followed other writers and ELL educators. I used good Twitter manners. I didn’t tweet twenty times an hour.

Additionally, I’ve discovered a big “tweet peeve:” Over-tweeters!!!! These are the people who tweet several times an hour. I even unfollowed someone (not a personal friend) because she tweeted about every little detail of her life constantly! Five to six tweets a day. That’s enough, people!

Lastly, Twitter is just one more thing to distract me from the real writing I’m supposed to be doing. It’s hard enough to squeeze in 30 minutes a day when I work full time and have the kids all by myself 3 nights a week (husband’s a volleyball coach). Throw in Facebook, emails, blogging, internet surfing/news reading, and Twitter! It’s too much!

So I am officially calling all tweeters: Why should I keep tweeting?