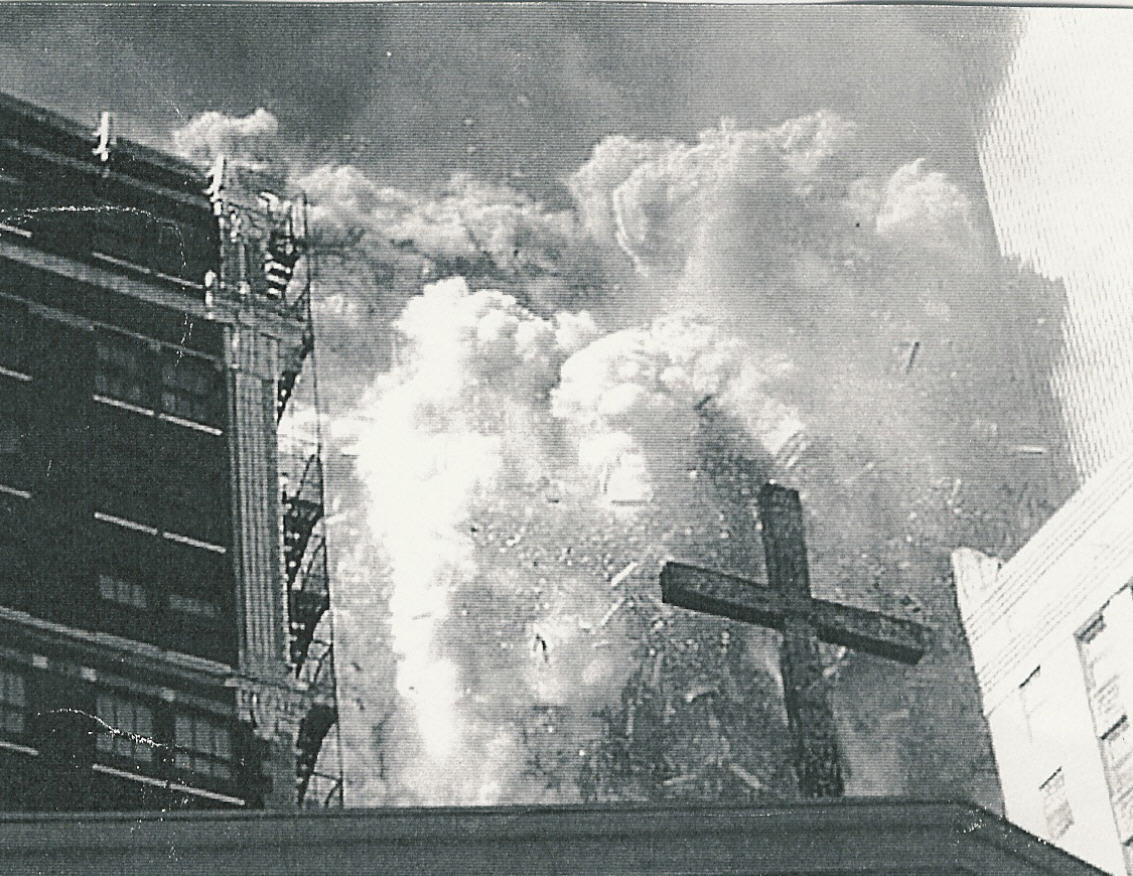 When humans witness things that hurt, they often struggle with believing in a God who loves mankind. “If God exists, why is there suffering in the world?” Haven’t you heard that before?

Theodicy, or the work of believing God is who He says He is even in the face of our pain, has plagued Christians for centuries. Whether it’s pondering world-shaking natural disasters or questioning why a loved one (for me, my little brother) died in an accident, most people of faith have struggled to reconcile God’s supposed “all-knowing, all-loving, all-present” qualities with events that seem to prove otherwise.

In the case of 9/11, we know the cause was extremist Muslim terrorists, but the question arises: Why didn’t God stop it?

Two things have helped me cope with my quest to remain faithful even in my doubt.

The first is the wisdom of one of my college professors, Dr. Tim Green, during my freshman year. I went to a Christian university that required all students to take four religion classes, the first of which was Intro to Biblical Faith. I will never forget Dr. Green talking about the passage in Genesis when Jacob wrestled with God:

“Then Jacob was left alone; and a man wrestled with him until the breaking of day. Now when He saw He did not prevail against him, He touched the socket of his hip; and the socket of Jacob’s hip was dislocated as he wrestled with Him. Then He said, “Let Me go, for the day breaks.” But he said, “I will not let You go unless You bless me.” So He said to him, “What is your name?” He said, “Jacob.” And he said, “Your name shall no longer be called Jacob, but Israel; for you have prevailed with God and with men. Then Jacob asked, saying, “Tell me Your name, I pray.” – Gen. 32:24-29, Orthodox Study Bible

Dr. Green told us that Jacob is like all of humankind, struggling with God but at the same time wanting a blessing from Him. Dr. Green assured us that everyone’s journey of faith will involve a time of wrestling with God, of confusion as to who God truly is.

What strikes me in this story is that God was about to lose! We fight so hard against him sometimes. The note in the OSB says that the man was “the Son of God . . . when He became incarnate, He assumed the weakness of human flesh for man’s salvation.” Part of me thinks that was good sportsmanship for God to even the playing field for the fight. But I also wonder if God allows Himself to be weak sometimes. Or chooses to limit Himself. Or He’s not as cut-and-dry as we make Him out to be.

That leads me into the second thing that helps me: The Orthodox Church. Orthodoxy is re-shaping my view of time, death, and God. The Orthodox faith exists mostly in kairos time, God’s time. It is not chronological or conventional. My priest has even said that his prayers for his deceased father may somehow affect his father when he was alive. Yeah. Blows my mind, too. Sounds a little like a sci-fi movie. But it’s not. God’s time is not limited by minutes and days and forwards and backwards. So maybe I can still pray for my brother, for the victims of 9/11, and the strength of those prayers will reach them.

Because of this view of time, death takes on a different meaning also. Those who are physically dead are still spiritually alive and with us, even worshiping with us during each Divine Liturgy. Even more, they deserve to be recognized, celebrated, and remembered. This is why there is such a great legacy of saints in the OC. Commemorating the saints, dwelling on their lives, and even asking for their intercessions, is a huge part of our faith. It doesn’t stop there. We also remember our own dead, saying Memorial prayers as a church on anniversaries of loved ones’ deaths (as we did today for the victims of 9/11) and even in the privacy of our homes. Our Pascha (Easter) Liturgy is the ultimate celebration of resurrection – both Christ’s and our loved ones’.

Lastly, the OC has taught me that God is mystery. And that’s okay. God and His works (or seemingly lack thereof at times) do not have to be explained or justified. Our human minds tend toward rationalizing, but our spiritual selves dive deep into the mysteriousness of faith. For me, it helps a little. It means I don’t have to believe that it was “God’s will” for my brother to die, or for terrorists to attack America. I don’t have to believe that God needed to “teach me (or us) a lesson.”

Here’s what it comes down to: Bad things happen. Terrible things happen. Humans suffer. God is with us through it all. Through the wars and the tsunamis and the floods and the diseases and the attacks and the motorcycle accidents. God is with us. He works for good even in the midst of horrible circumstances. And on those days that I wrestle so hard with Him that I am bruised and battered, like Jacob I cry out, Tell me Your name! Remind me of Who You are!! In my desperation, in my near-faithlessness, I still cling to the small hope that He’s real, and He loves. I will not let You go unless You bless me.