All during July I will be posting daily about books based on this booklist. Day 1 is the hardest: Favorite Book!!

Inevitably, I’ll name something here, and then I’ll think of a different book I liked better in a few days. But I generally have 5-10 all-time favorites that take turns being my absolute favorite!! So I’m going to cheat a little and narrow it down to TWO favorite books. 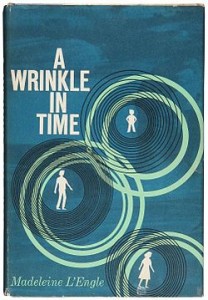 A Wrinkle in Time by Madeleine L’Engle.

L’Engle sure had a lot of imagination and guts when putting this book out there. This book was rejected by over 25 publishers, but when it finally got published by Farrar, Straus, and Giroux, L’Engle’s scientific-literary imagination paid off. The book won the Newbery Medal in 1963. That’s not why I love the book, though. I love the way L’Engle makes a trio of aliens disguised as disheveled old women seem logical. How the possibility of humans traveling through space exists. How love can be found even in beast-like otherworldly creatures (i.e., Aunt Beast). I love the undergirding idea of something bigger than just us, a starry universe of unknown beings, mingling with the daily frustrations of a homely teenager. In this book, you travel across the galaxy and back, yet you feel like you learned a lesson that fits right in with your Earthly life. I relate to Meg Murry so much, and yet I also have that poet’s heart that wants to fly through the stars and banish evil with all the love I can muster. 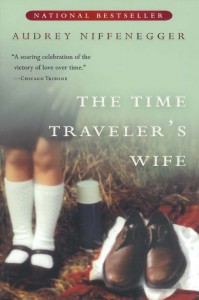 I cringe a little to put this here since it’s been such a popular book in recent years, and I’d rather go against the grain to be honest. But this book had a lasting effect on me. Initially I was really impressed by the author’s ability to keep up with all the changing times and different versions of Henry deTamble. Then I was impressed by the way she made the idea of a time-traveling gene seem realistic. By the time I got to the end, I was thinking about marriage and relationships and time and pain and true love. What would it be like to not have to live linearly? While it seems enticing, in many ways it broke Clare, Henry’s wife. Her love for Henry was incomparable; no matter how long he’d be gone or how many times she lost a baby because it had Henry’s time-traveling syndrome, she didn’t let go of him. This book challenges me to love my husband, as well as others in my life, in deeper, richer ways.

What is YOUR favorite book and why?

Also, check out my friend Karla’s blog for her book challenge posts!