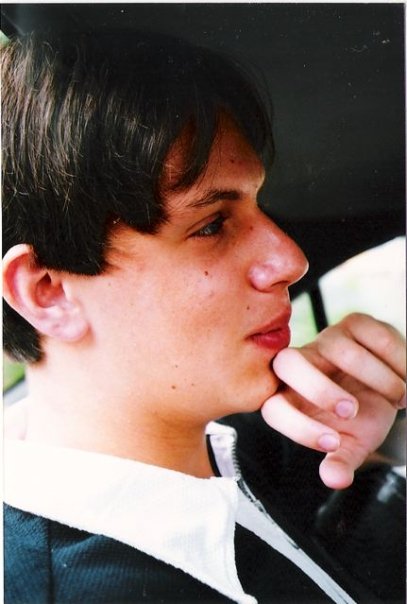 Today would have been my brother’s 30th birthday.

A year after Will’s death, my mom and I traveled to Sewanee to attend a day conference on Centering Prayer. We learned that Centering Prayer is a meditation-like prayer time in which you let go of conscious thoughts and focus on a word or a phrase that tunes you into God.

It seemed much more like listening to God than praying. I tend to forget that part of prayer is listening. Quiet. Waiting. I had not wanted to sit still with God since Will died. I had not even wanted to talk to Him. Even so, that day, among the maple trees, I asked God for a word. One word that might somehow save me. An anchor. A lifeboat.

The word that came was Joy. I chafed. Joy? Really, God? How about peace or love or Jesus? Do you really expect me to be joyful? My brother is dead, you could have saved him, and you didn’t. Joy is not going to happen here. You are asking far too much of me.

No other word came, though.

So I began. I was reluctant, cynical, and still angry. But I tried. It was evident that somehow God wanted me to know joy again. And it has come. In the form of a marriage. Two children. Kisses and hugs and snuggles. Big vacations to Disney World; small trips to the aquarium or the library or the zoo. The sweet hymns of Orthodoxy. Meeting at Will’s grave and letting off balloons for him. My mother playing piano while my daughter sings. My father grabbing my son in a bear hug. Friends who listen, encourage, and make me laugh. The cynicism and anger are still there, but mostly kept at bay by the busyness that is our lives now.

Yes, I’ve moved on. I’m living my life. But there’s an ache that never quite goes away, an empty place in the world that has never gotten filled. The other side of that shadow is the way my brother lived his life: with joy.

Will constantly made us laugh. He always had that big smile on his face. He made the most boring tasks fun. He did everything with gusto. He was a joyous force, our star that ever keeps shining. Happy birthday, Will!

Weeping may endure through the night, but joy comes in the morning. – Psalm 30:5