I just got back from a really fun conference called YALL Fest in Charleston, SC. It is a book festival specifically with authors of Young Adult fiction. Most of you know by now that YA is my favorite genre, so I was SO excited to attend this conference! I went with my friend Karla, librarian and fellow YA book enthusiast, and my friend Jen, fellow teacher and inspirer of young book-lovers. There were several authors I knew and really wanted to see, and there were also new authors that I hadn’t heard of whose books I can’t wait to read.

I got to see Rae Carson (Fire and Thorns series), Ally Condie (Matched series), Kami Garcia (Beautiful Creatures series), Taherah Mafi (Shatter Me series), and Ransom Riggs (Miss Peregrine’s Home for Peculiar Children). By the way, I found out that Taherah and Ransom are married. Two YA authors fell in love and got married? OMG how awesome is THAT? (I may or may not have stalked them both on Twitter later until I found a wedding pic.)

Some new authors I heard are Libba Bray, Leigh Bardugo, Michelle Hodkin, Jocelyn Davies, Aprilynne Pike, and Sean Williams. Some other big names that were there were Marie Lu, Lauren Oliver, Margaret Stohl, and of course, Veronica Roth. Unfortunately we missed out on seeing Veronica Roth. She was the keynote speaker for the first hour but was not on any of the panels. The keynote was a ticketed event (though it was only like $9). Sadly, my friends and I waited too late to purchase our tickets and it sold out!! Bummer.

There were some really great discussions, and most of the authors said really thoughtful, intelligent stuff. Here are a few recaps:

On Writing in General:

“There is no expiration date on your talent.” – Leigh Bardugo

Sean Williams (who is Australian) shared that his first five books never got published, and that he’s written 39 (? – I think) books, but this was his first big hit in America.

“Writer’s block is just the fear of writing something bad. Write it anyway.” – not sure who that came from

Develop an internal compass about your story.

Ask yourself every day, “Is it true yet?” (about your story)

On Writing Fantasy YA:

Don’t have exact quotes here, but they talked about how it’s sometimes easier to write fantasy because you can get away with more. Fantasy books can be a way to address social issues in the real world without offending people in the real world. They talked about how fantasy books that address tough issues are rarely banned or protested, while realistic fiction books that address the same issues often are. A lot of reality goes into writing fantasy. It’s not that fantasy is not real; fantasy is reality transformed. They also said that many readers who steer clear of the adult fantasy/sci fi section will read YA fantasy.

They said that dystopian realities are already happening on earth. For example, after World War II, people thought it had been the end of the world and they were rebuilding a new life. In countries like Egypt and Syria, they are living in dystopia every day. They talked about how dystopians help us thinking about that what if  . . . what if the world did end? Dystopian authors have to decide what parts of our lives they would save and what they would destroy. (I actually did not attend this panel – thanks to Karla for taking notes for me!)

On Feminism in YA:

They talked about how the domineering boyfriend and the overly strong bad-ass female heroine are not cool. Characters should be multi-dimensional and dynamic, and should not be stereotypical. They encouraged writers to challenge the status quo and try to avoid writing “boy books” and “girl books.” They talked about how we should be careful about labeling books that way as well, and that we should encourage boys to read what we might call “girl books” and girls to read what we might call “boy books.”

It was a fabulous day. I have a huge list of new books to read. I am completely inspired and want to go back to writing my YA novel now. 🙂

We also got to explore Charleston a bit: 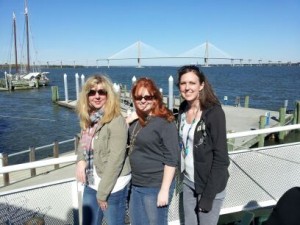 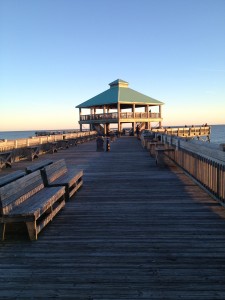 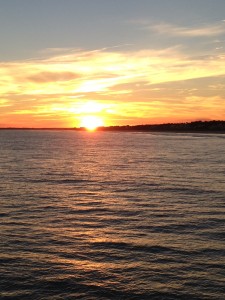 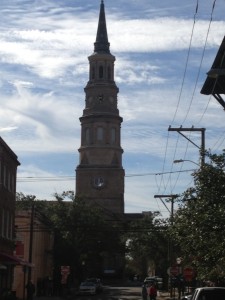 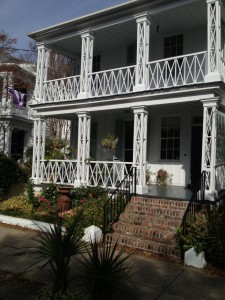 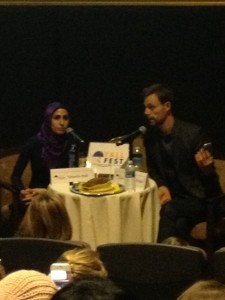