I’ve been struggling with the atonement lately. During Holy Week, I sobbed and sobbed when Jesus got nailed to the cross.

It shouldn’t be like that. It shouldn’t take God dying in order for us to be saved. It feels so unfair, so wrong.

I’m no theologian, but between being a PK/MK, attending a Christian college, and reading on my own, I’ve heard most of the atonement theories. Honestly? They feel like easy Sunday School answers, and those don’t satisfy me anymore. I’ve read the ransom theory, the debt theory, the penal substituion theory, and the moral exemplar theory. I’ve heard the metaphors about judges and sacrifices. But I keep coming back to the question: Why? Why did Jesus have to die in order to save us? What exactly was he saving us from?

Atonement theories always go back to The Fall, which I may or may not believe in anymore. I suppose I still believe that our communion with God is broken, but I don’t know if I really believe in the actual Adam and Eve story. I recently found this incredible article that talks about the Eastern Orthodox approach to the Fall and to salvation. (Note: The article could be more generous to non-Orthodox churches, and I think that some Protestant churches share the Orthodox beliefs presented here. BUT this is an EXCELLENT explanation of a variety of approaches to sin, death, and salvation, and worth the read.) Here’s an excerpt:

“In Orthodoxy, sin is much more than a moral shortcoming or the failure to live up to some external code of behavior. Sin is the failure to realize life as  love and communion, the failure to be whole, healthy, complete . . . Our offense against God is not that we have “offended His  honor,” but rather that we have turned from life itself. Sin is the denial of  God’s image in man and of God Himself.”

I like that a lot better than the theories that say we owe God something, or we’ve broken some kind of law, or that sin is just doing bad things. The article goes on to address the issue of how far humans actually fell. Thankfully, I grew up in a denomination that didn’t believe in total depravity; they believed in prevenient grace, a God-given ability to seek Him, a grace that worms its way into our hearts even before we know Him. Orthodoxy doesn’t believe in total depravity, either. Since we were created by God and bear His image, there has to be some good in us:

“The Orthodox position is that the image of God is distorted by sin, but never  destroyed . . . in the words of a hymn sung by Orthodox at the  Funeral Service: ‘I am the image of Your inexpressible glory, even though I bear  the wounds of sin.'” 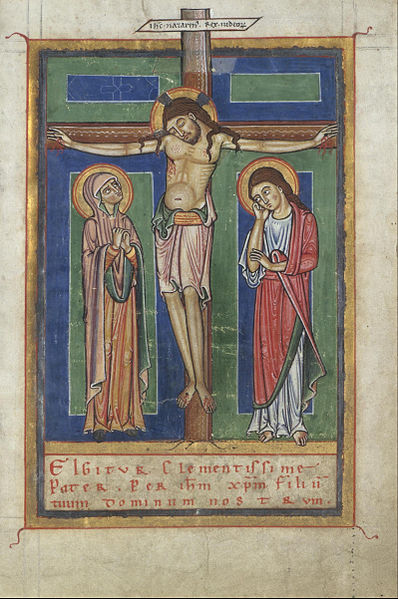 I am encouraged that my church acknowledges this truth, because I tend to see good in people all the time, even in people who aren’t Christians. I really think I am turning into a humanist, because I find so much beauty, truth, and care in the lives of human beings. But my question about the atonement hasn’t been answered yet. Here’s more from the article:

“The original Orthodox Christian understanding of atonement is incarnational.  It has as its basis not the law or the courtroom, but God’s unconditional love  and grace. We begin with the understanding that forgiveness and atonement  (“at-one-ment” or reconciliation with God) are not essentially legal or  juridical concepts. They are principally therapeutic, organic, synergistic,  transformational, and ultimately ontological in nature. In fact, the Greek word  translated as “salvation” is soterias, whose root meaning is “health.”

So being saved means more than being saved from something, such as death or hell; it also means being healed or made whole. When Jesus says, “Your faith has saved you” (Luke 7:50), He means, “Your faith has healed  you,” or “Your faith has made you whole.” Forgiveness and atonement pertain to God’s participation in His creation in order to renew His image and  likeness in us, bringing us to wholeness and fulfillment.”

This explanation of salvation is so freeing. I used to think that salvation was just not going to hell. I used to feel like salvation meant perfection – being a good girl and following all the rules. But being saved simply means being whole. I am revising the chapter on holiness in my book right now, and what I’m writing about is how I see holiness in the life of Jesus: wholly human, wholly divine. I no longer envision holiness as spiritual perfection or complete godliness. I don’t believe that our human selves have to be consumed by divinity. I think that holiness is the wholeness we saw in the incarnated Christ: the perfect blend of our humanity and our movement toward divine love.

The article above did not specifically go into Jesus death beyond what I’ve shared here. I wonder if Jesus had to die in order to experience every human experience, even death. I’ve quoted my friend before: “Maybe he had to enter into death in order to redeem it.” Or maybe he wanted to show us a God who is familiar with pain and who suffers alongside us. Yes, I still struggle to find an answer to this.

At any rate, I do think that it wasn’t just Jesus’ death that makes us whole; it was also his life. It was a life lived in the world, among the trees, dirt, and seas, among ordinary people who made bad choices, had diseases, were mentally ill, were haughty leaders, were humble servants, and were in need of love. It was a life lived out of that love-essence, in the midst of the energies that emerge from the image of God.