At the beginning of this year, I chose the word Enough as my one word for the year. Then halfway through the year, I changed my word to Peace. The truth is, I don’t know that either word truly carried me this year. For whatever reason, I will always struggle with not feeling like I am enough. And peace? I changed my word when I came home from Collegeville, where I had a week of peaceful writing, fellowship, and alone time. I wanted to keep that feeling going, but this fall was not peaceful at all. It was super busy with lots of changes at home and work. What can I say? Here I am in all my rawness. I had good intentions, but my “one word” didn’t work this year. That’s not to say it hasn’t been a good year. Here are some of the highlights of 2015:

One Hundred Snow Days. Okay, not actually a hundred. But enough to go over my school district’s 5-snow-days-per-year limit. During that time, I watched a lot of Netflix, went sledding, and wrote poems. In February, I got the exciting news that my poetry chapbook had been accepted for publication!

Les Miserables. My husband played the part of Javert in a local community theater’s production of Les Mis last spring. He was incredible. He won the theater’s annual award for Best Supporting Actor!

Summertime. We chilled. It was a low-key summer. And it was lovely. One fun part of the summer was a local theater camp all four Sorrells participated in. My kids loved being part of a show, and their talent blew us away. I think my son might be destined for show biz!

Collegeville. My favorite event this year was attending a writing workshop at the Collegeville Institute, a center for faith and learning on the campus of St. John’s University in Collegeville, MN. They offer all-expenses-paid writing workshops throughout the year. My week at Collegeville was amazing. I met great people, studied under an incredible mentor, and birthed several new poems.

New Job. This year I started a new position at an elementary school. After four years of instructional coaching for the Office of English Learners, I was offered a coaching position by a school and decided to take it. Though my job title is basically what it was before, I’ve had to learn how to be a building coach instead of a coach traveling to multiple schools. It’s been a whirlwind semester, but it’s been fun. The other coach and I have recently made a new coaching plan, and I’m excited for a few tweaks coming in January!

New House. After five years of dealing with increasingly difficult traffic from the suburbs to the city and back every day, we finally moved into Nashville/Davidson County! Technically we are still in a suburb north of downtown, but we are so much closer to both of our workplaces. We are 8-10 minutes from Steven’s and kids’ school, and it has literally changed our lives. We are so, so happy with our new location and our lovely house. 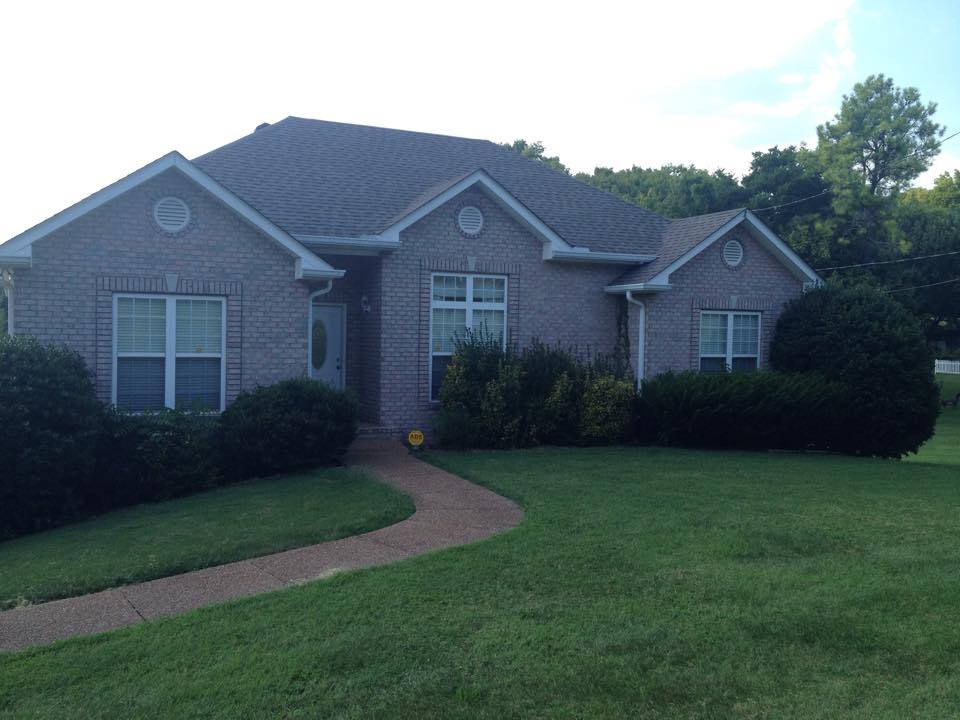 Sports. This year was the first year my daughter played school sports, which meant practice or games every day, as opposed to twice-a-week practices with league sports. (Again, thank goodness we live close to school now!) She shined in volleyball (and her dad coached) and now she’s enjoying learning basketball. I have loved seeing her confidence grow this fall.

Disney. We skipped a summer vacation this year to go to Disney World on fall break. We go to Disney World every five years, and I think this was our best trip yet! The kids were big enough to ride everything and old enough to not care about characters anymore. No long lines to get photos with princesses. We also did not need to return to the hotel for a nap in the afternoons. We spent 12-14 hours in the parks each day. The best part was Mickey’s Not-So-Scary Halloween Party! That was a last minute splurge on our part, and we’re so glad we did it! The kids had a blast dressing up and seeing all the costumes, the parade and Hocus Pocus show were awesome, and there were literally no lines at any ride. It was a wonderful trip full of memories.

YallFest. My friend Karla and I went to YallFest again this year. It’s a young adult literature conference held in Charleston, SC. It’s the most fun, low-key conference I’ve ever been to. This was our second time, and we had a blast. We got to hear a ton of YA authors speak on panels, and I stood in a very long line to meet Lemony Snicket and get his autographs for my kids. Even standing in line was pretty cool, though, because everyone around me was a YA lit nerd just like me! Karla and I came back inspired.

Reading. I read 44 books this year. See my list and reviews on Goodreads.

Writing. I wrote 20ish new poems this year. I published seven poems and three essays, and I also wrote a few guest posts for various blogs. In addition, I signed publishing contracts for my first poetry chapbook, Evening Body, and for an anthology called Soul Bare, which will include one of my essays. I briefly started working on a second chapbook, but once November started, I went into NaNoWriMo (National Novel Writing Month) mode. I wrote 40,000 words in November, bringing my YA novel, Before and After, to a total of 87,000 words! I am so close to being done with the first draft! I couldn’t have done it without my friend and NaNoWriMo partner Karla cheering me on!

Another big change this year was that I drastically cut down on blogging. I feel like this year has been much more introspective for me. I’ve thought a lot about life and faith, but I’ve kept it more to myself than previous years. I have shed many, many tears this year over my hanging-by-a-thread faith. There were many sad, sad Sundays. 2015 was good but hard. My blogging probably won’t pick up speed in the coming months, either. I need more time to think, write, and be present for my family and friends. I haven’t chosen a word for 2016 yet, and I’m not sure that I will. I like the idea of a blank slate, a future wide open and unknown.

I hope 2015 has been a blessed year for you. Happy New Year!