First, the book Soul Bare is here! I got back from the beach yesterday to find the package on my front porch! Along with my copy of the book came a few lovely gifts and a thank you note from the editor. 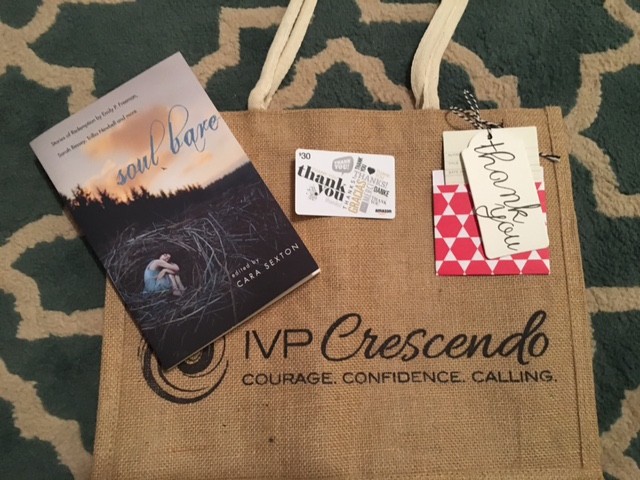 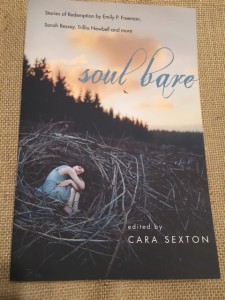 I am so excited!!! I haven’t even read all the essays yet, so I will enjoy digging in to this book this weekend. You can read more about Soul Bare and my essay in it in this post.

I only got one copy and don’t have any to sell, but if you’re interested in purchasing Soul Bare, you can buy it from the publisher, InterVarsity Press, or from Amazon.

Second, three of my Penguin Poems have been published by Atrocity Exhibition magazine! In January/February of 2015, during my umpteen snow days off from school, I happened to watch March of the Penguins one day (I’d never seen it before) and was surprised to find commonalities between the lives of penguins and the human experience. I started writing. What came out was a sequence of prose poems about penguins and humans, about love and loss. I started with six poems, and then it grew to eight, and then it grew to ten.

I’ve been shopping around these poems for over a year. I wanted them – or at least a good chunk of them – to be published together because they loosely tell a story, but I haven’t found a publisher. I’ve gotten several personal rejections that praised the poems, so that’s encouraging, but it’s really hard to find journals that will publish 6-8 poems at a time. I submitted to every journal I know of that publishes suites of poems. I have over 20 rejections of the Penguin Poems to date.

So I decided to break them up. It’s okay if they’re not together now. I still hope they’ll end up as a chapbook eventually, but for now, I’m letting them slip, one by one, into the world. Read three of the Penguin Poems here.

And last, after the death of two black men who were shot by police and after six police officers were killed by a sniper a couple of weeks ago, I had to write to process the turmoil in my heart and in our country. I started brainstorming with the phrase Grief is . . and eventually I got “Grief is water pouring into my mouth” and suddenly I had the world for my poem: the underwater world of forgotten bones and lives. Thanks to Yellow Chair Review for publishing this. Read my poem, America’s Graveyard, here.